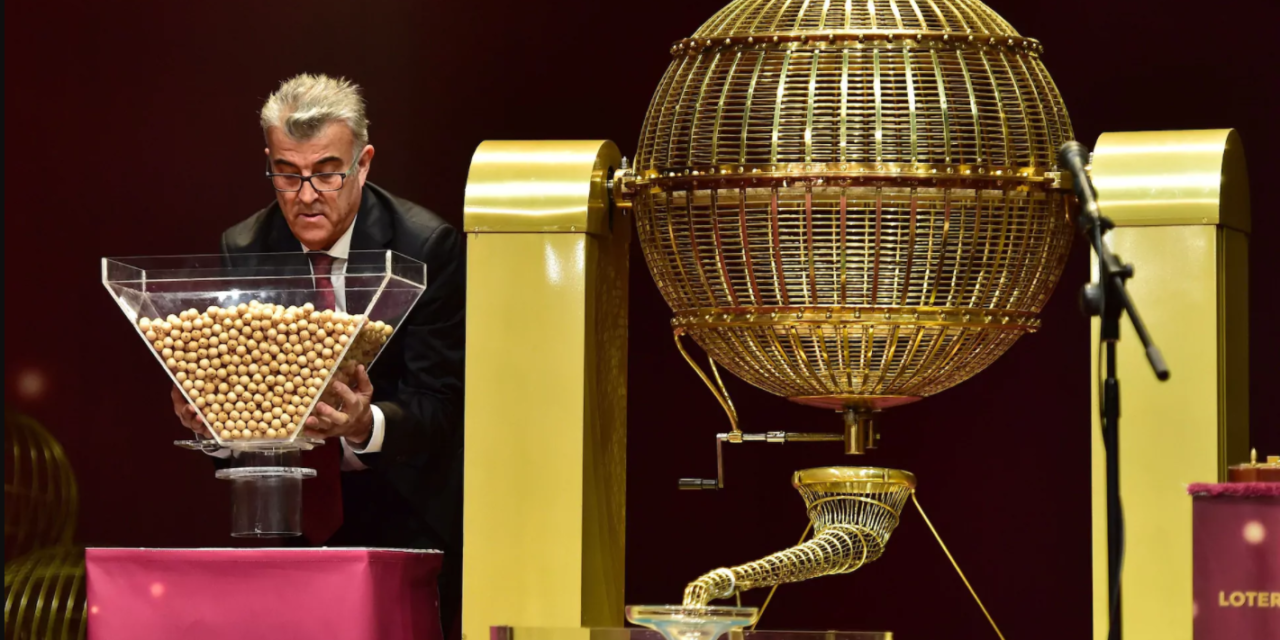 Would you take advice from a lottery winner who tells you to buy more lottery tickets? Read this blog post to learn more about survivor-bias and the element of luck.

It’s the end of the year. That means Christmas, champagne, and fireworks. In my home country The Netherlands it also means lottery. The biggest and most popular lottery is at New Year’s Eve, with a €30 million jackpot for this years’ winner. Even people who usually don’t play, now buy a ticket so that they can fantasize about winning. But this jackpot price is only a fraction of what Mavis Wanczyk from the US won earlier this year. Mavis, a hospital worker from Massachusetts, is the largest lottery winner ever with a Powerball jackpot win of $758.7 million.

When Mavis found out that she won the lottery, she called her boss to tell that she wouldn’t come back to work. After 32 years of working at a nursing department, she is now relaxing and enjoying a luxurious life. Imagine that you meet Mavis during one of her holidays and she recommends you to buy as many lottery tickets as possible to become a multi-millionaire as well. What would you say?

Don’t worry, this blog post is not about lotteries or lottery winners. It is about advice and being conscious to take the element of luck into account. We know that winning the lottery is pure luck, so we wouldn’t take the advice from Mavis seriously. But in many other cases, the element of luck will not be as clear. The Inspiration Pub is designed to get inspired by and learn from others. On the page ‘Recommended’ you can find carefully selected videos and podcasts from successful people to hear how they have gotten to the top of their discipline, whether it is in business, sports, or something else. These insights can be incredibly valuable, but it is important to keep in mind that we often only hear from those who have succeeded.

This phenomenon is known as survivor bias. It is the error of looking at one person or a relatively small group who made it past some selection process, while overlooking those that did not. An example of this would be listening to Mavis, but forgetting about all others who also bought tickets but didn’t win the lottery. This usually happens because there is a lack of visibility. You don’t see or hear from all the other people who also bought a ticket.

David Murdock and Richard Branson dropped out of high-school and became billionaires. Reading this could make you think that you need to drop out of school to become rich. But for every David Murdock or Richard Branson, there are a million high-school dropouts who didn’t turn into billionaires that we never hear from. The same thing happens in sports. For every Tom Brady, Conor McGregor, and Cristiano Ronaldo, there are countless kids who worked their arses off but never managed to become a world-class athlete.

So what should we do? Shouldn’t we listen to them at all? This blog post is not written to stop you from taking advice from anyone else. On the contrary. I would urge you to listen to all inspiring stories. We can learn a lot by carefully listening to some of the most successful people out there, but we must be conscious about the element of luck that has contributed to someone’s success. Taking advice blindly without considering other factors that may have played a role can easily lead to false conclusions.

There is so much we can learn from others, but it is important to also keep thinking for ourselves. Ask yourself: How does this apply to my life? And what would happen if I were to do this? The closer your situation is to the person you’re taking advice from, the easier it becomes to answer those questions. If you can learn from someone who has been on the same journey as you are on now, you increase the chances that the insights and lessons are applicable to your situation.

One recommendation is to listen to people who are or have been in a situation that is similar to yours. Another tip is to not only try to learn from success stories, but also from failures. Hearing or reading stories of success, failure, and everything in between will give you a more realistic view. Finally, the goal is to improve your chances for success, but you need to accept the fact that luck will also be an important factor.

You can listen to Richard Branson or Mark Zuckerburg and do the exact same things that they did and still not become a successful entrepreneur. It’s about doing the right thing at the right time. This is a combination of both luck and skill. Gary Vaynerchuk is a great inspiration for many young entrepreneurs and rightly so, but simply following his advice without thinking for yourself won’t get you far. Conditions are constantly changing and what worked yesterday doesn’t necessarily work today or tomorrow.

Those who succeeded will probably tell you to never give up and always keep going, no matter what. That is what worked for them. And it might work for you as well, but this is not always the case. Sometimes you must cut your losses and try another route. For every Mark Zuckerburg, there have been thousands (if not hundreds of thousands) of equally smart guys who didn’t make it. The good ones learn from their mistakes and hit a homerun on their second, third, or fourth try. Even Elon Musk, by many considered the most innovative leader of our time, has had his fair share of failed projects and businesses.

Have a look at the page with recommended videos and podcasts. Get inspired and learn from others, but keep thinking for yourself. Be conscious about survivor bias and the element of luck. Keep asking yourself how lessons apply to your life.