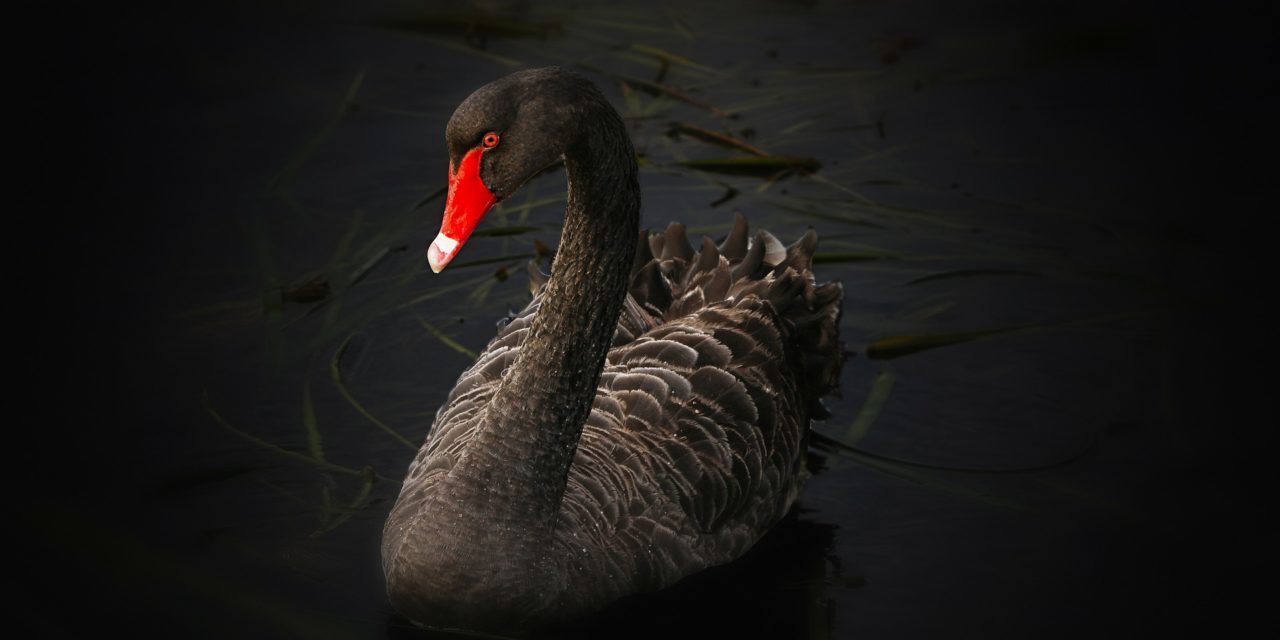 In the United Kingdom, there are 71 pubs with the name Black Swan. Do you think that’s a lot? There are 294 pubs called White Horse and 571 named Red Lion. But unfortunately, this blog post is not about pubs. It’s about a book I read seven years ago that still has a profound impact on my thinking.

‘The Black Swan’ is a book written by Nassim Nicholas Taleb. His work focuses on problems of probability and uncertainty. He writes from his perspective as a financial mathematician and risk-manager. The book is quite technical and complex, but the good news is that you don’t have to read it, because I will share the key take-away in this blog post. It’s relevant for everyone, also if you don’t have a financial background.

The name of the book comes from an old presumption that all swans must be white, because all historical records of swans reported that they had white feathers. The discovery of only one black swan was needed to disprove this belief. The black swan has become a metaphor for an event that comes as a surprise, has a major effect, and is often rationalized after it happened.

Two of the most important black swan events of the last decades were the rise of Internet and the financial crisis of 2008. A more recent one was Brexit, after which the Pound fell more than 10% against the Euro. They were huge and came as a surprise, but in hindsight we tend to explain them as if they were predictable. The reality is that they are extremely unpredictable until they happen.

Those who are least aware of a potential black swan usually suffer the most from its already extreme consequences. We can see this in the world of investing, where we don’t want to put all our eggs in one basket. We lower the risk by diversifying between different asset classes. In 2017, the price of Bitcoin went up from $1,000 to $20,000. You would now have lost 65% of your investment if you had looked at this trend and decided to put all your money in Bitcoin when it was at its peak. You can argue whether the drop of Bitcoin was unexpected, but many investors didn’t see it coming.

We find it hard to imagine that things will ever go wrong when they are going well. We tend to forget about uncertainty. Warren Buffett, one of the richest people in the world, uses this to his advantage. His advice is to “be fearful when others are greedy, and greedy when others are fearful.” This means that you want to sell an investment when others are overconfident and the prices are getting very high, and buy it when most people are scared because prices are low.

Let’s have a look at how expecting the unexpected can help us outside the world of investing as well. When I’m working on a project, whether it’s personal or at my job, I know that I’m likely to underestimate the time that it will take me to complete it. There are always some delays for reasons that we don’t even think of before we start. That’s why it’s wise to add a buffer. The more uncertain you are about a project, the bigger the buffer should be.

The black swan examples we looked at so far were negative for most of the people involved, but the unexpected can be positive as well. When things are going bad, we also find it hard to imagine that they will ever go better. We see this in work, relationships, and it’s even more visible in sports. When teams are not performing well, the fans and media believe that it won’t get better again, until the unexpected happens. And when this happens, these same people are usually ready to explain why it makes sense that things turned around. This gives me hope that the Dutch national football team will somehow manage to recover from their terrible performance over the last years.

The black swan is an abstract theory, but we can make the underlying insight practical by keeping the unexpected in the back of our heads. Accept that there is uncertainty and be prepared for the fact that there are factors that can’t be predicted. Swans of all different colors will keep popping up in all aspects of life. Some will be positive, others will be negative.

Expect the unexpected, because the only thing you can know for sure is that you know nothing for sure.