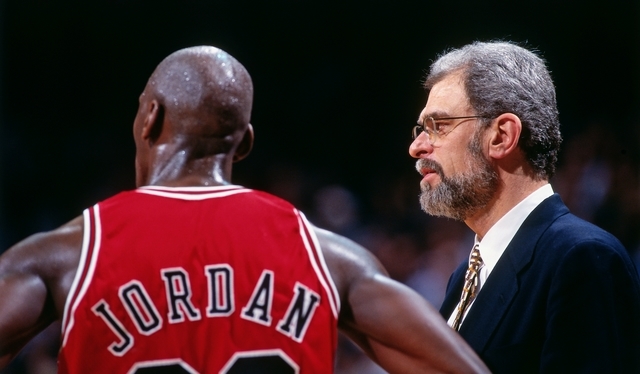 Phil Jackson is the most successful basketball coach of all time. What coaching and leadership lessons that we can learn from him are applicable outside of basketball as well?

This year was the long-awaited launch of what promised to be the best sports documentary of all time. The Last Dance looks back at the career of one of the world’s biggest sports icons: Michael Jordan. With such expectations and the social media hype that came with the launch, it could only disappoint… But it didn’t.

It was incredible. The documentary lived up to the sky-high expectations. The mindset and unbelievable work ethic of Michael Jordan are still an inspiration to hundreds of millions, all over the world. Anyone who watched the documentary kept talking about the competitiveness of Michael Jordan. And rightly so, but all I wanted to do was talk about his coach: Phil Jackson.

Jackson is responsible for transforming incredible talents like Michael Jordan and Kobe Bryant into superstars and leaders of championship-winning teams. He is known as a tactical genius, but also for his holistic approach to coaching, inspired by Eastern philosophy and Native American traditions.

Let’s have a look at three powerful coaching lessons that we can learn from Phil Jackson.

The beauty about these lessons from Phil Jackson is that they are not just applicable to basketball. Any coach or leader, whether it is in sports or business, can learn from them. And everyone is a leader in some way. Take some time to think about how you can apply this in your life. And make sure to watch The Last Dance if you haven’t done so already. You won’t regret it.

Bonus: The examples that we looked at in this blog post all came from Phil Jackson’s time at the Chicago Bulls, but we could have used many more examples from his subsequent stint with the Los Angeles Lakers as well. Below is a short video of Kobe Bryant emphasizing the coaching genius.